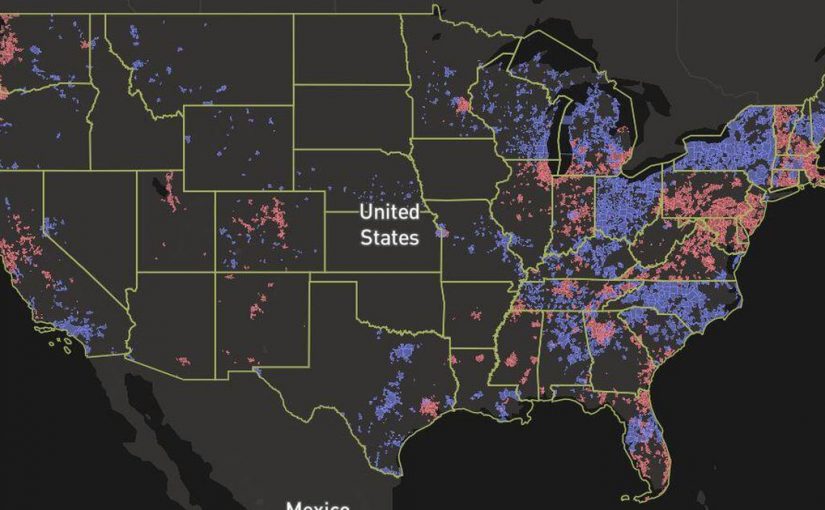 Cable internet is usually your next best option for a speedy connection at home if fiber isn’t available at your address. Among cable providers, the two biggest are Comcast Xfinity and Charter Spectrum, which soared into second place after acquiring Time Warner Cable in 2016. Both providers can claim to offer internet service to about a third of the country, each with a customer base of more than 100 million Americans.

That’s big business as far as home internet is concerned — so which one is the superior option? Let’s crunch the numbers on speed and value and dig through the terms, fees and customer service track records to find out. Here’s the complete rundown:

Where do Xfinity and Spectrum offer home internet service?

In June of 2020, the Federal Communications Commission reported that Xfinity and Spectrum each offered home internet service to more than 100 million people in the US. With both providers, coverage is most concentrated in the Northeast, the Midwest and the South, but you’ll find Xfinity and Spectrum plans available in parts of the West, Southwest and mountainous regions of the US, as well. Spectrum also offers internet service throughout the majority of Hawaii.

Despite the large swaths of coverage, there’s less overlap between the two providers’ footprints than you might think. Though you’ll find both available in several metro regions across the country, including Atlanta, Indianapolis, Knoxville, Minneapolis and Orlando, the two providers each tend to stick to whatever parts of the map they’ve managed to wall off for themselves, with one often claiming a city’s central, downtown area and the other planting its flag in many of the adjacent suburbs.

That means you aren’t likely to find Xfinity and Spectrum available at the same address — but moving across town might mean switching from one provider to the other.

How do Xfinity and Spectrum’s prices compare?

It’s tough to do a quick, side-by-side comparison of Xfinity and Spectrum’s prices. While Spectrum offers three fairly straightforward plans across its entire footprint, Xfinity offers several plans with different terms and prices in each of the three regions that make up its coverage map. In other words, get ready for a bunch of charts.

Let’s get the easy one out of the way first. With Spectrum, you have three plans to choose from, with max download speeds of 200, 400 and 940 megabits per second. Depending on which one you go with, your monthly bill will range from $50 to $110 during your first year of service. After that, your monthly rate will increase by $25, meaning you’ll be paying something in the range of $75 to $135 each month after Year 1. The good news is there are no contracts or data caps associated with any of those plans.

Xfinity offers a wider variety of plans and a wider range of prices and speeds, too. In all regions, max download speeds range from 50Mbps up to 2,000Mbps in select parts of the footprint that have access to an Xfinity fiber connection. That said, at the majority of Xfinity addresses, the fastest speed available will be a 1,200Mbps cable plan. All Xfinity plans come with a 1.2TB data cap (more on that in just a bit), and in some regions, some plans come with a one- or two-year contract, as well.

Xfinity’s speed offerings are the same across all three regions, as laid out in the tables below:

Pricing is where Xfinity gets a bit complicated. For starters, let’s pull out that top-tier Gigabit Pro plan, which is only available at addresses with access to Xfinity fiber. It costs a hefty $300 per month and comes with a two-year term agreement in all three regions.

As for the standard cable internet plans, which are available everywhere with download speeds of up to 1,200Mbps, monthly prices range from $20 to $80 during the first year, and from $50 to $116 after that. Just make sure to pay attention to those price jumps after Year 1, because in some regions, they can get awfully steep.

How steep? Well, things aren’t so bad in the West, where the average price increase on those cable plans after Year 1 is around $19. But in the Central division, where contracts are mandatory with all plans, that average increase shoots up to $40. In the Northeast, only the four fastest cable plans come with a price increase after the first year — between them, the average jump is about $42. If you live in the Northeast and you subscribe to Xfinity’s 100Mbps Performance plan, you’ve got the worst of it. After the first year, your bill will nearly triple, skyrocketing from $30 per month to $81 per month. That’s an increase of $51 each month.

The easiest way to get a quick sense of value with an internet plan is to look at the monthly cost per Mbps. With Spectrum the average cost across all three plans during the first-year promo period is 17 cents for each Mbps of download speed. After Year 1, that average goes up to 25 cents per Mbps. Both are very good figures — the only cable provider that does better is WideOpenWest, or WOW, which charges an average of 15 cents per Mbps during the first year and 21 cents per Mbps after that.

With more plans and three separate regions, there’s a lot of variance in the Xfinity value proposition, and some plans offer better value than others. Overall, though, you’ll be paying a bit more than you will with Spectrum — and when you factor in Xfinity’s contracts, data caps and price hikes, it’s pretty clear that Spectrum wins on value.

Bring your home up to speed with the latest on automation, security, utilities, networking and more.

Neither provider goes overboard with extra fees, and both give you some flexibility for skipping them whenever possible. Here’s the breakdown:

Xfinity charges $40 for in-home, professional installation of your home internet service. With Spectrum, the fee is $50, but the fee shoots up to a stink-face-inducing $200 if you go for the fastest plan, Internet Gig. With both providers, you can skip the fee by going with a self-install kit and plugging everything in yourself, though Spectrum charges $10 for its self-install kit while Xfinity’s kit comes free of charge.

It’s also pretty common for internet providers to waive the fee for professional installation to help entice you into signing up, so it’s worth asking for that if you’re trying to negotiate the best deal.

Both providers charge a monthly equipment fee for renting a gateway or router, but in both cases, you can skip that fee by using your own gear. It’s a little easier with Spectrum, which provides a modem at no cost and then charges $5 per month if you rent a router — just get a router of your own and kiss that $5 fee goodbye.

With Xfinity, you’ll be charged $14 per month for renting a combination modem/router gateway device, so you’ll need both a modem and a router of your own (or a combo device of your own) in order to skip the fee.

Here’s where Spectrum and Xfinity really start to part ways. None of Spectrum’s internet plans come with a data cap, so you can browse, stream, Zoom and download as much as you want without fear of incurring extra charges. Xfinity, on the other hand, enforces a data cap of 1.2TB (1,200 GB) with all of its plans. If you burn through more data than that in a given month, you’ll start seeing extra charges on your bill.

Specifically, Xfinity will charge a $10 fee for every 50GB of data used in excess of the cap, up to a maximum charge of $100 each month. The good news is that 1.2TB is more than enough for most households. In fact, during 2020, when home internet usage soared because of the pandemic, the average monthly data usage in America peaked at about 400GB. That’s one-third the size of Xfinity’s data cap.

Still, if you’re a heavy user of home internet — someone with lots of family members or roommates online, or someone who regularly games online, downloads or uploads lots of large files, or spends most of the day tied up in video calls — then a data cap might rightly give you pause. In that case, you might want to consider signing up for Xfinity’s unlimited data offer, which will add $30 to your monthly bill — but keep in mind that it’s only really worth it if you’re going to incur at least three overage charges per month.

The American Customer Satisfaction Index released its 2021 scores for the ISP category, and the overall rating among all providers held flat from last year at 65 out of 100. Xfinity and Spectrum split that average perfectly, with Spectrum finishing two points below average at 63 (no change from last year), and Xfinity finishing two points above average at 67 (a one-point bump over the previous year). Along with finishing above the average for the second year in a row, Xfinity’s score was best among cable providers and third best among all ISPs, trailing only AT&T and Verizon, which tied for the top spot with matching scores of 71.

Meanwhile, J.D. Power ranks internet providers for customer satisfaction, too. Its 2021 report is divided across four regions — Xfinity outscored Spectrum in all of them, and beat the category average in all four as well. Out of a 1,000-point scale, Xfinity received scores of 725 in the East region, 716 in the North Central region, 740 in the South region and 723 in the West region. Overall, that comes out to an average score of 726, which is 10 points above the overall ISP average of 716.

Spectrum’s overall average with J.D. Power rings in at 704, which is 12 points below the overall ISP average. The company’s strongest finish was a 725 in the South; its weakest was a 676 in the East.

It’s a close one. Both providers are huge, but Xfinity has a slightly larger footprint, and if you can find it, the company’s 2,000Mbps fiber plan is one of the fastest in the industry, and is unmatched by Spectrum. Xfinity also boasts a better variety of plans than Spectrum, and a slightly better customer service track record than Spectrum, too.

Still, I say Spectrum wins out for offering much better value than Xfinity. You’ll pay less per Mbps with Spectrum, and you won’t have to put up with data caps, contracts or severe price hikes like Comcast’s customers will. What’s more, Spectrum’s plans and prices are more straightforward and easy to understand than what you get with Xfinity.

As cable providers, neither will offer upload speeds that are anything close to what you’ll get with fiber, but if fiber isn’t an option, they’re your next best bet for a fast, reliable connection at home. Between the two of them, I give the edge to Spectrum.