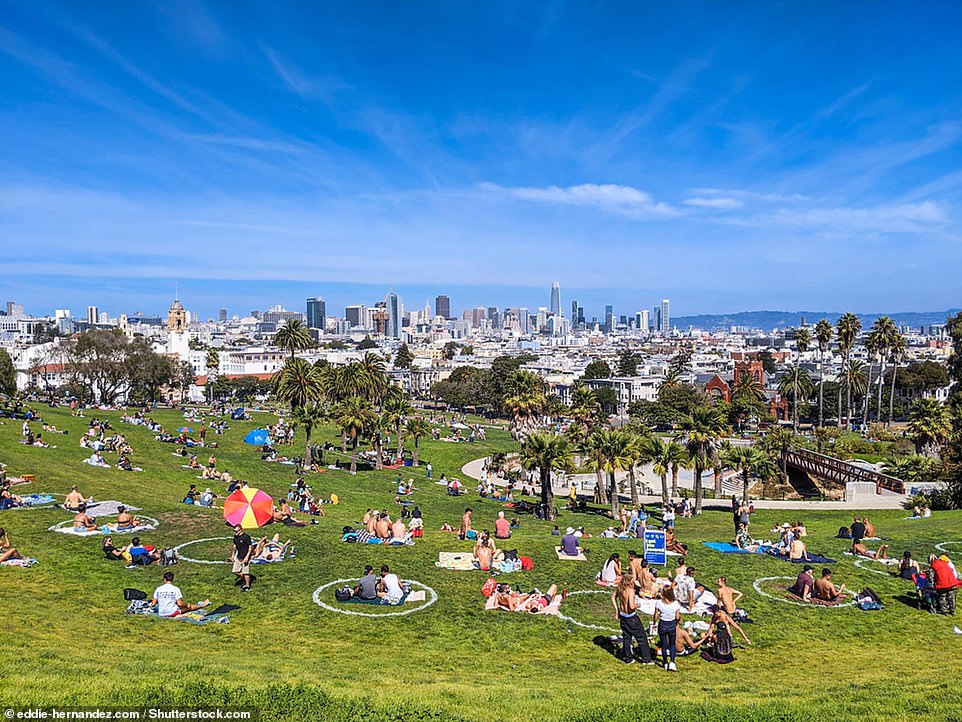 San Francisco is the best city in the world right now, according to Time Out.

The guide’s 2021 World’s Best Cities Index says that its combination of progressiveness, acceptance and sustainability earned it the coveted top spot, with the top five in the ranking rounded out by Amsterdam in second place, Manchester in third, Copenhagen in fourth and New York in fifth place.

The ranking was drawn up via a survey of 27,000 global participants in hundreds of cities around the world and ‘the expertise of Time Out’s global network of local editors and city experts’. Scroll down to discover more about the top 15 in the Index and which other cities made it into the top 37.

The No.1 city in the world is San Francisco, according to the Time Out Index, in part because the locals showed their ‘unique community spirit’ during the pandemic

During the pandemic, San Franciscans showed their ‘unique and creative community spirit, from hanging sourdough starters from telephone poles to distributing $1million to small businesses via the SF New Deal so they could keep running’, remarks Time Out.

It adds: ‘No wonder they were voted the most progressive city in the world, with the recent movement to “redistrict” giving LGBTQ+ residents more political power.’

Time Out also notes that ‘hundreds of beautifully crafted parklets now make the city feel like one giant street party’. 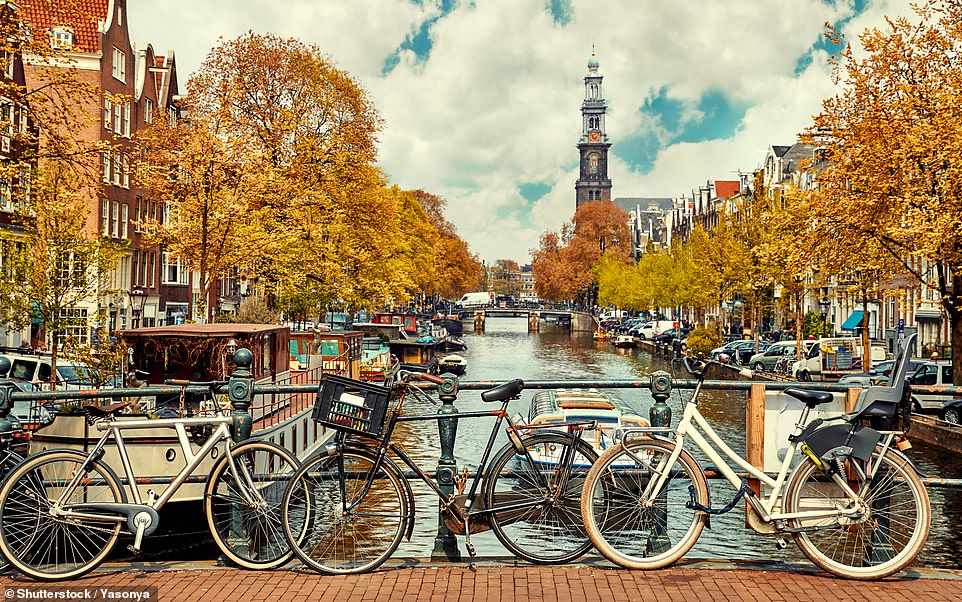 Amsterdam takes the silver medal in the ranking. One of its highlights is Vondelpark, ‘an immense oasis right in the centre that plays host to everything from jam sessions to theatre to sports – truly, the city’s lungs’

‘During the pandemic, Amsterdam has felt the absence of culture and social life more acutely than most,’ says Time Out. ‘Yet the city has used the time wisely, focusing inwards on its famous beauty, history and community spirit – while vowing to do away with the coffeeshops, brothels and drunken debauchery that so blighted its historic centre.’

One of the city’s highlights is Vondelpark, ‘an immense oasis right in the centre that plays host to everything from jam sessions to theatre to sports – truly, the city’s lungs’. 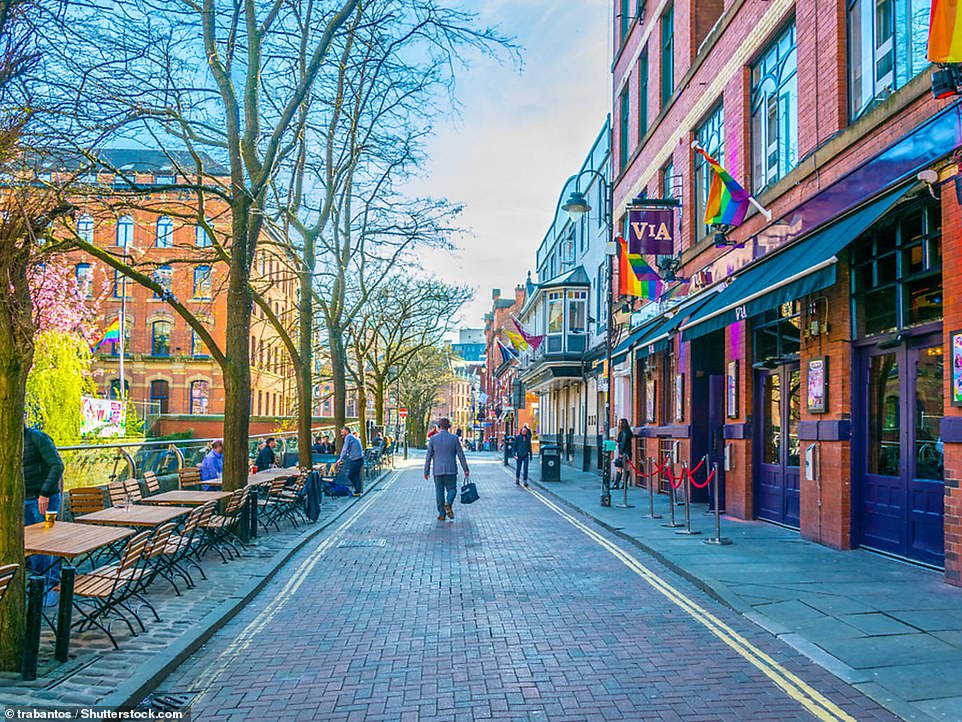 Third place in the Index is occupied by Manchester, lauded for its community spirit and nightlife

‘According to the Index, Manchester is the easiest place to express who you are, make new friends, get to know your neighbours and meet people who are different from you,’ Time Out says. ‘So, it’s only right the city also came out as the friendliest and best for community spirit. The city’s nightlife was voted top too.’

Manchester’s mayor, Andy Burnham, believes that the city’s community spirit helps make it a great city. He says: ‘This place always comes together when times are hard. And it’s done that again.

‘From my point of view – because we’ve obviously had some differences of opinion with the government through the pandemic – I can’t tell you what it means when I raise my voice and I look behind me and people are just there. The place comes together and it’s hard to put it into words how much it means: there’s just a sense of right and wrong here.’ 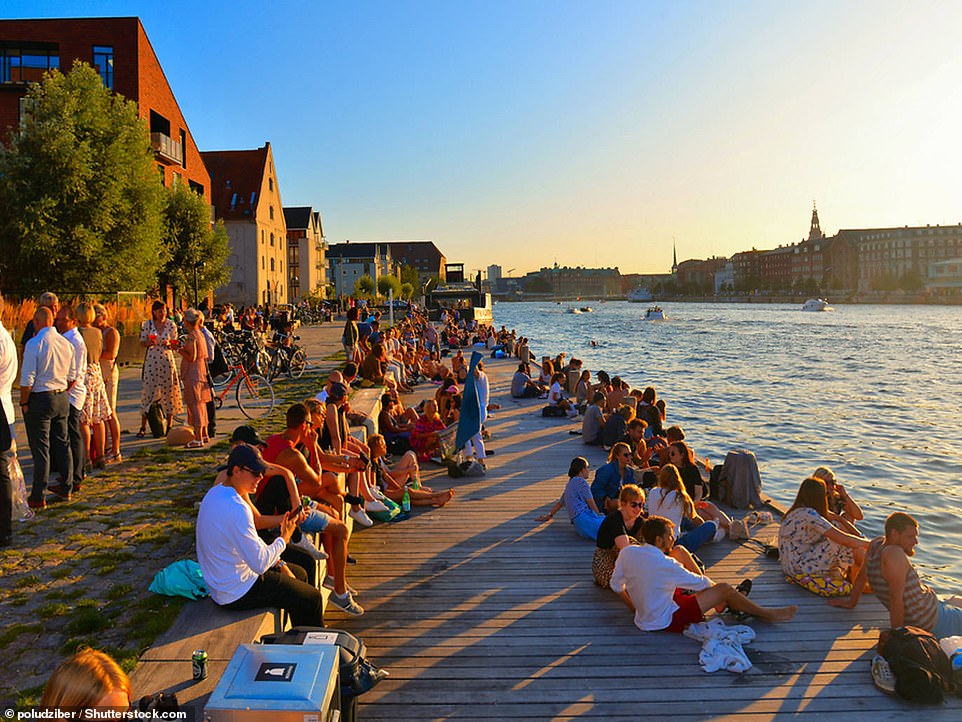 ‘Looking for a break? Copenhagen is officially the easiest city to relax in according to locals, who say it’s the least stressful city too,’ says Time Out.

‘The Danish capital also came top in the sustainability category and second in the world for being green.’ 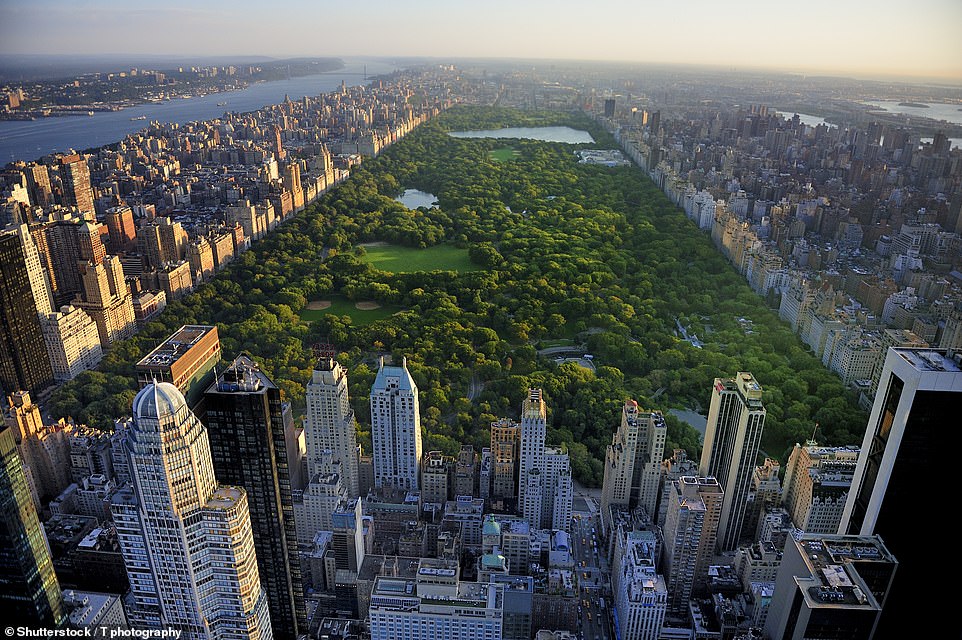 Time Out says of New York: ‘It’s diverse, resilient and progressive – all qualities that have served the city well in the past 18 months’

HOW THE TIME OUT CITY RANKING WAS COMPILED

Time Out says that the Index ‘captures and celebrates what makes a city great right now’.

It adds: ‘The cities were rated for eating and drinking, culture and nightlife, with more emphasis than ever on community spirit and environmental initiatives. Respondents shared how easy it is to do things like express themselves, make new friends and even hook up with people, in addition to relaxing and discovering new things. Time Out crunched the numbers along with local expert knowledge to compile this year’s definitive ranking of the world’s best cities right now for living and social life.’

Caroline McGinn, Global Editor-in-Chief at Time Out, says: ‘Time Out champions cities and culture and the projects and initiatives shaping the world we all want to see. Our annual Time Out Index lets us keep our finger on the pulse of city-dwellers around the world and find out what they really think about living and socialising in their city right now. This year’s list of the best cities in the world shines a spotlight on cities that adapted during a time where the key factors that make these metropolises the place to be – fun, culture and socialising – were largely off the table. You’d think a pandemic might defeat the point of living in a city, but the results show that community spirit is higher than ever, people are supporting each other as well as local business and initiatives, and many of us are even having some fun.’

According to the survey, this is the most exciting city in the world, Time Out reveals, with 85 per cent of New Yorkers saying it’s easy to discover new and surprising things.

The guide adds: ‘It’s diverse, resilient and progressive – all qualities that have served the city well in the past 18 months and led to the success of its Open Restaurants initiative, transforming pavements into vibrant community hubs, and its new Key to NYC programme, which promotes vaccine uptake.’ 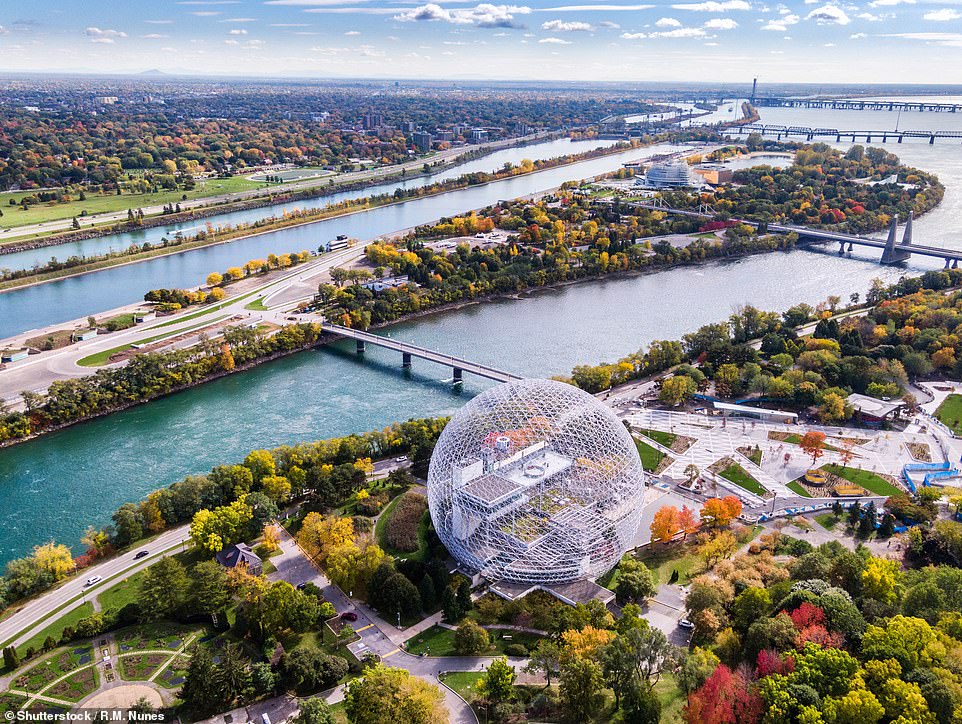 Montreal is famous for its non-conformist music and politics, and those differences have brought the city together more than ever recently, according to Time Out.

It says that 73 per cent of locals would describe Montreal as diverse, and even more say it’s easy to express who you are. 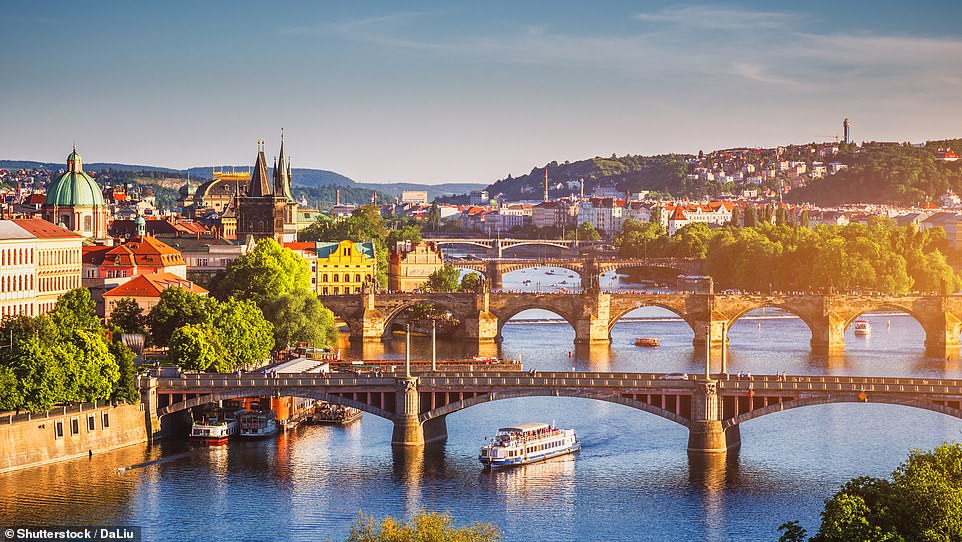 Prague came in at No.7, with 82 per cent of its residents describing it as the most beautiful city in the world

Prague topped the table as the most beautiful city in the world, Time Out reveals. It says that 82 per cent of residents describe it as such.

The guide adds: ‘With 89 per cent saying it’s easy to get around without a car, enjoying the Czech capital on foot must be why it also came out as the world’s second-most relaxing city.’ 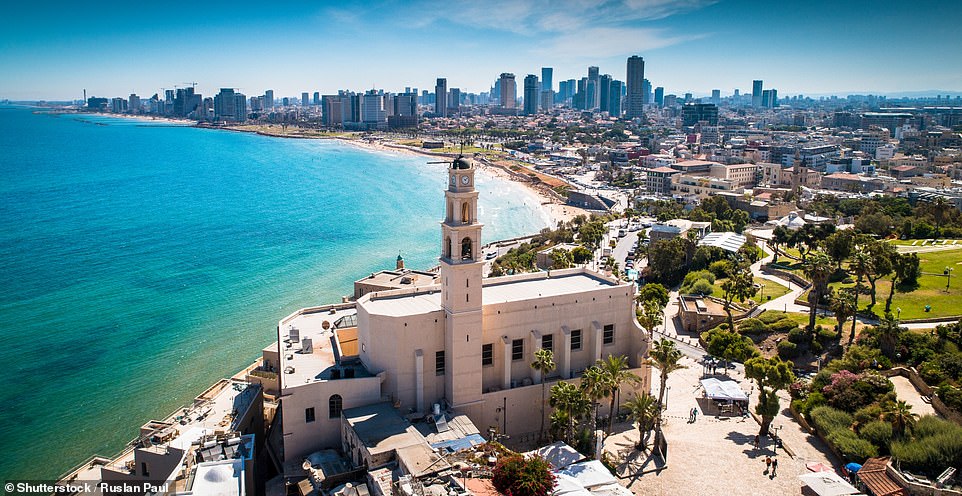 Tel Aviv ranked as the second-best place in the world for eating and drinking, behind only Shanghai

‘Tel Aviv has held on to its crown as the most fun city in the world for the second year in a row, with spaces like Dizengoff Square and Park HaMesila playing host to picnics, gigs, screenings and talks after the pandemic caused the “city that never stops” to take a well-needed pause,’ Time Out says.

‘Tel Aviv also ranked as the second-best place in the world for eating and drinking, behind only Shanghai.’ 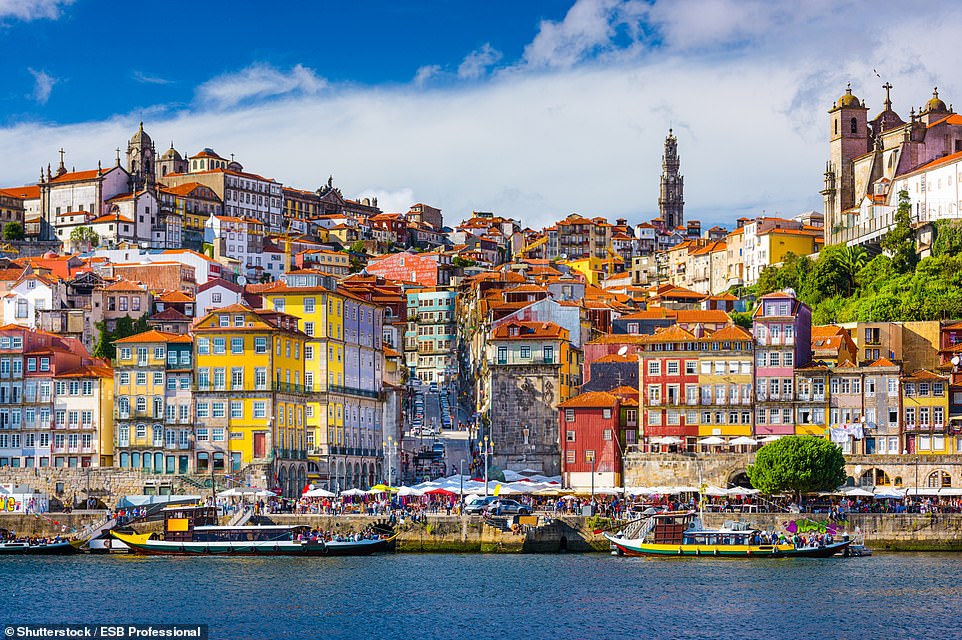 Coming in second behind Manchester for friendliness and making new friends, Porto was also voted a great place to get to know your neighbours, reveals Time Out.

It adds that 73 per cent of residents said their city was great for culture – inclusive arts space Maus Habitos was ‘an oasis of gigs, drag shows, poetry nights, comedy and more while most bars were closed’. 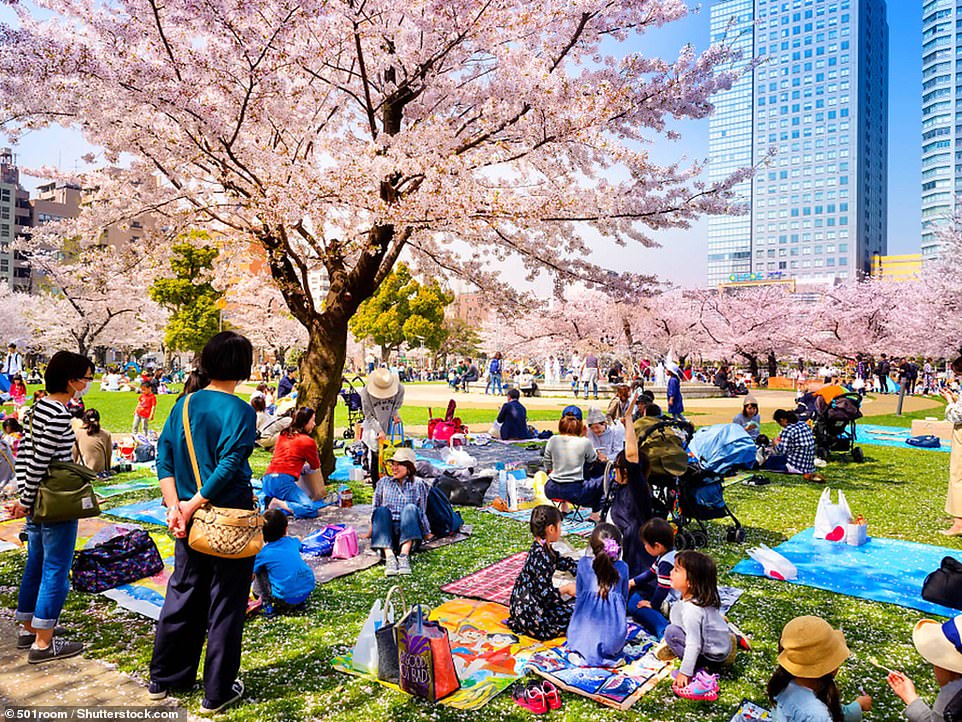 Tokyo is ‘great for discovering new things and getting around without a car’, according to Time Out’s 2021 Index

‘An overwhelming 82 per cent of Tokyoites said the city was great for discovering new things, even during the pandemic,’ reveals Time Out, ‘with many new venues and attractions cropping up across the city over the past 18 months.’

It adds: ‘Three-quarters of those polled also said the city is great for getting around without a car, with the city’s super-efficient public transport system ensuring everyone can easily enjoy all it has to offer.’ 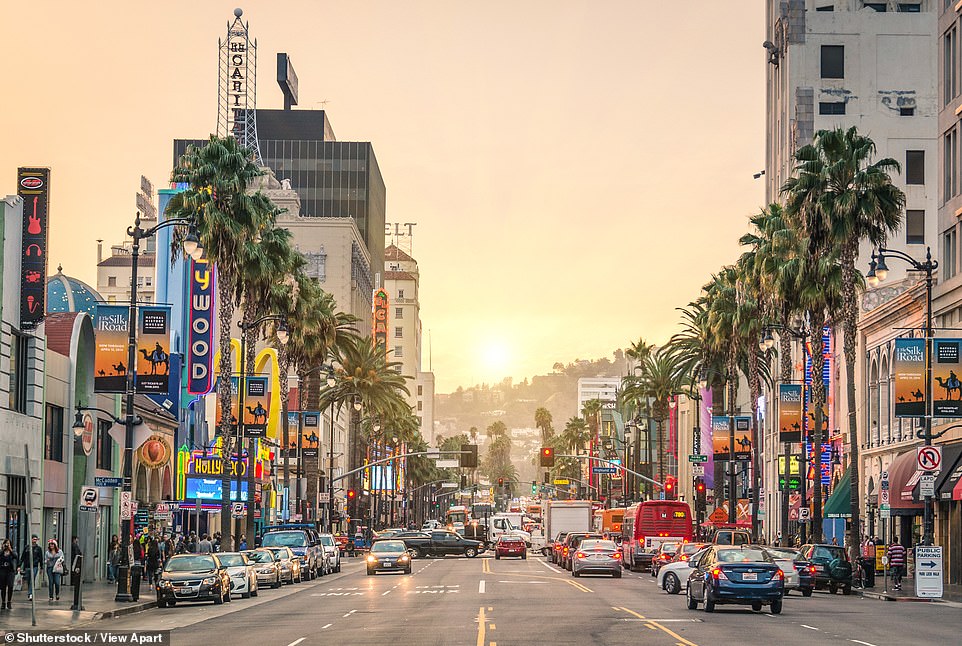 Time Out says: ‘Angelenos survived the past 18 months by finding a new appreciation for the city’s best outdoor assets, with all-season farmers’ markets, beach weather in winter and exhilarating canyon trail hikes. 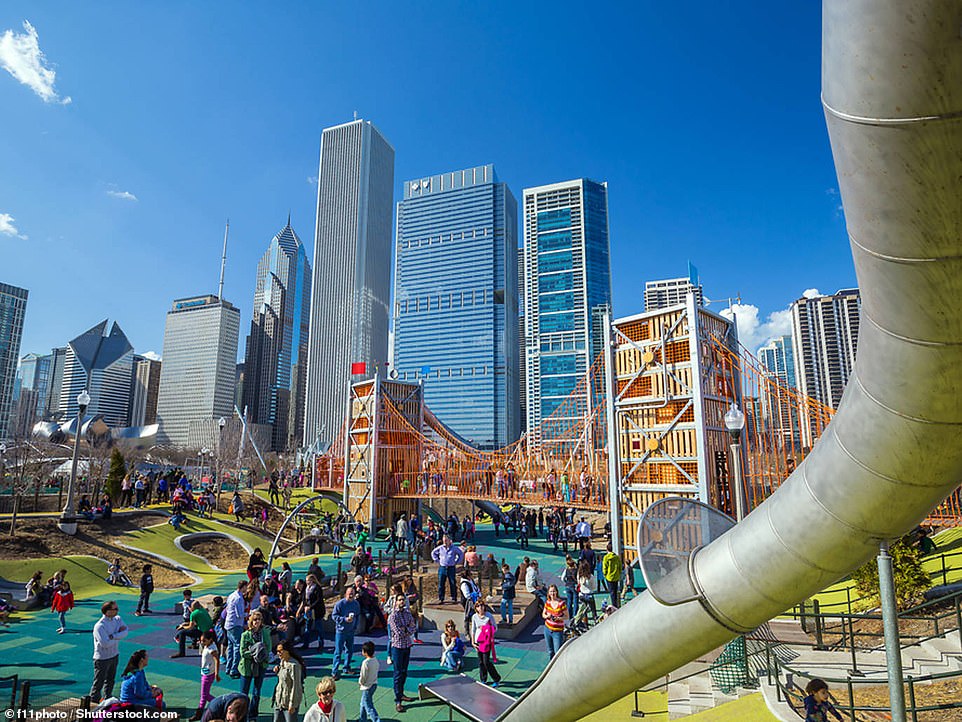 If fun and community spirit is a priority, Chicago is a great option, according to the Time Out Index

Chicago came second in the ‘community spirit’, ‘fun’ and ‘beautiful’ categories, says Time Out, ‘with locals coming together for weekly street parties and the return of summer festivals after a difficult few months’.

It adds: ‘Community spirit went into overdrive as Chicagoans shared supplies with those in need, protested injustice and supported out-of-work musicians.’

Time Out says of London’s showing in the Index: ‘The most diverse city in the world (according to a whopping 88 per cent of residents) and also the best place to discover new and surprising things, no wonder 63 per cent of residents say London is an exciting city to call home as well.

Yoyo-ing in and out of lockdowns, Londoners still made the most of the food and drink scene when they could, with takeaways and DIY meal kits galore, with 86 per cent rating it highly for dining out.’ 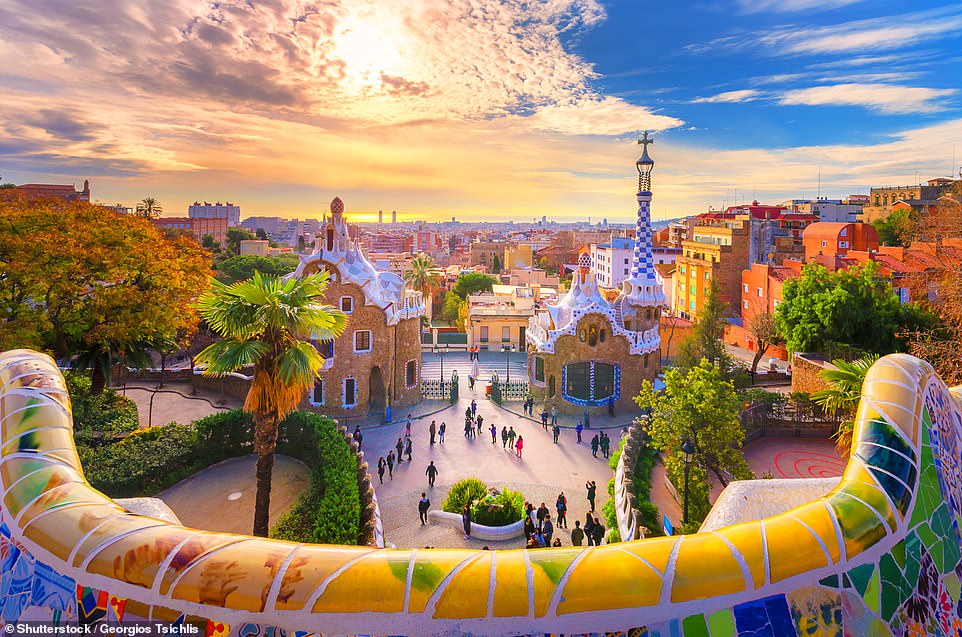 Little surprise, then, the guide adds, that 83 per cent of locals rated the city highly for culture – with some 85 per cent giving it top marks for food and drink too.’ 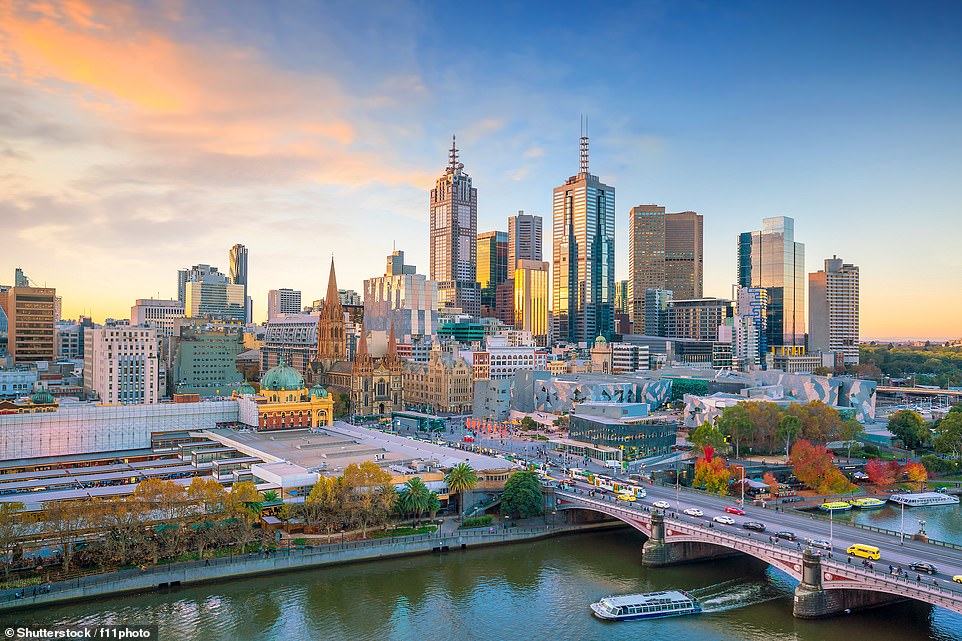 Melbourne’s food and drink culture is the best in Australia, according to Time Out

‘As the city struggles through its sixth hard lockdown in 18 months, there is still a lot of love to be found in this fine Australian city,’ says Time Out.

‘It’s clear Melbourne’s food and drink culture is the best in the country, with more than 94 per cent of locals ranking the city highly for its bars and restaurants.’

For more on the 37 cities in the ranking visit www.timeout.com/things-to-do/best-cities-in-the-world.