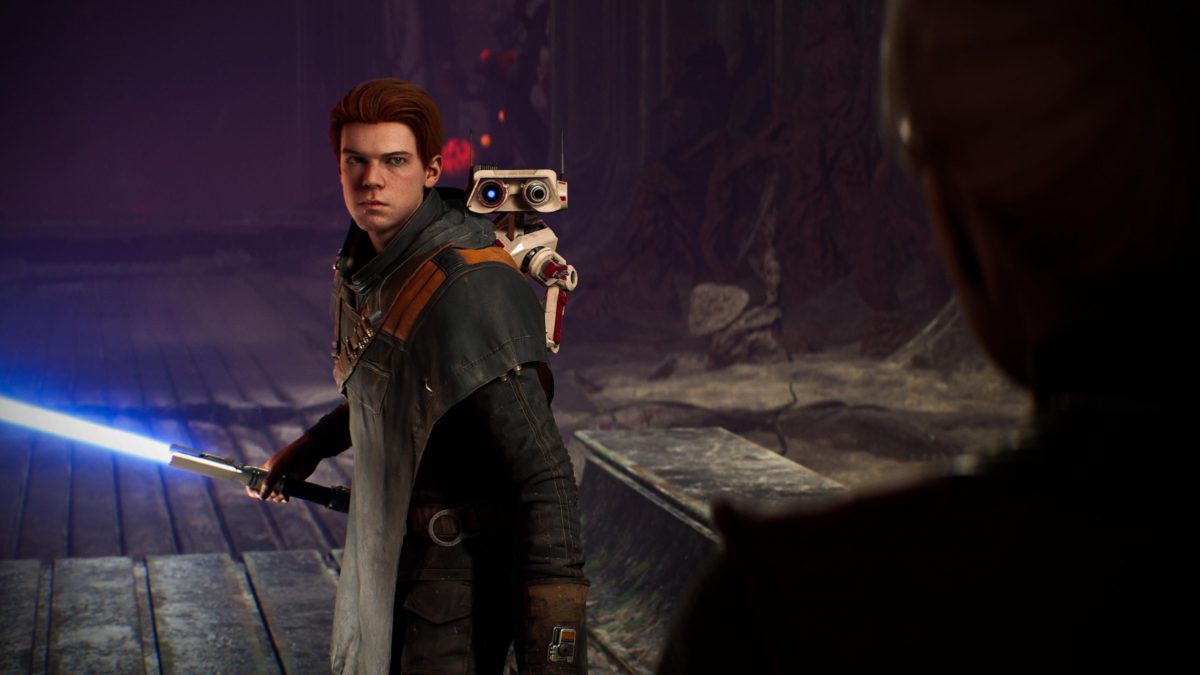 If you’re looking for a great gift for the Star Wars fan in your life for a birthday, Valentine’s Day, Father’s Day, Mother’s Day, or, of course, May the Fourth, the Force is strong in this guide. The best Star Wars gifts to give might depend on how long the fan has had a Star Wars collection, or if it’s time to start a fresh one with a collector’s set from their favorite era.

With the new Star Wars movie, The Rise of Skywalker, now in theaters, the original saga started by George Lucas with A New Hope back in 1977 and revitalized by The Force Awakens in 2015 is quickly hurtling toward its climactic end. But the end of this iconic series of movies isn’t the end of Star Wars. The Extended Star Wars Universe (“EU” to us super fans) is booming. Disney Plus‘s new series The Mandalorian has gotten amazing buzz thanks to the adorable Baby Yoda. More movie trilogies are on their way. Star Wars Jedi: Fallen Order, the new video game for PlayStation 4, Xbox One and PC, has received excellent reviews. And that doesn’t even begin to scratch the surface of the books, comic book properties, Disney adventure parks and other extensions of the Star Wars universe that fans love.

There’s no question, Star Wars has come a long way since the first Death Star got blown up, and luckily, the range of gifts and collectibles for fans who love it has kept up. Lightsabers, with their iconic sound effects, have been upgraded. Huge brands like Lego and Funko have put their spin on the Han Solo and Luke Skywalker action figures (and the rest of the Star Wars rebels) and added characters from the latest Star Wars movie releases. And while the full Star Wars saga has amazing characters, some of the best Star Wars gifts on our list celebrate the original trilogy and make the perfect choice for even the most nostalgic Star Wars fan.

Here’s a constellation of cool Star Wars gifts to help your favorite Jedi and Sith celebrate the ends and beginnings of their favorite galactic stories, whether they’d rather be riding on the Death Star or the Millennium Falcon.

In this action and adventure game for PCs and Sony PlayStation 4 and Microsoft Xbox One consoles, you play as Padawan Cal Kestis on the run from the Empire. With your droid BD-1, you work to rebuild the Jedi Order, use the force and complete your own training, following the Jedi purge of Order 66 from Episode III. What an awesome way to stick it to the dark side and a Sith lord or two!

For those who want to catch the The Mandalorian, a subscription to Disney Plus — the entertainment company’s much anticipated streaming service — is the perfect gift. Launched on November 12, the service costs $7 a month, or $70 a year. In addition to the live-action Star Wars bounty-hunter spin-off, Disney Plus has all of the Star Wars films, as well as upcoming original Star Wars shows, including the Obi-Wan Kenobi series.

This 1,351-piece officially licensed Lego Millennium Falcon set from the The Rise of Skywalker comes with Finn, Chewbacca, Lando Calrissian, Boolio, C-3PO, R2-D2 and D-O minifigures. Lego also has Kylo Ren’s shuttle, Rise of Skywalker kits for A-Wing and Y-Wing Starfighters (we’ve come a long way since the old X-Wing Starfighter and Tie Fighter battles) and a AT-ST Raider from the Mandalorian Disney Plus series. You just need to add your own sound effects (and watch out for the Death Star).

Funko Pop now makes figures of characters from the Rise of Skywalker movie, Mandalorian TV series and Jedi Fallen Order game, including Finn, Jannah, Rose, Lando Calrissian, Poe Dameron, Rey, Lieutenant Connix, BB-8 (everyone’s favorite little droid buddy from The Force Awakens), D-O, Kylo Ren in a shuttle, a Jet Trooper, a Sith Trooper, the Mandalorian, Cara Dune, Cal Kestis and Second Sister Inquisitor (why not collect the whole set?). One of these is surely perfect for that Star Wars fan in your life, whether they love the light side or the dark side of the force.

Nothing says great Star Wars gifts like action figures. Fun current ones from Hasbro include the Black Series 6-inch figure of Kylo Ren, a First Order Jet Trooper, Rey with the D-O droid and 5-inch versions of Rey, Chewbacca, Finn and Kylo Ren.

Spanning all 11 movies, this fascinating pop-up book opens into 3D spreads of iconic Star War moments and locations, including Tatooine and the Death Star. The design and paper craft are amazing, but probably not appropriate for the youngest fans.

Let the kids stick to a plastic red or blue Star Wars lightsaber. This is a serious gift with realistic light and cool sounds, a metal hilt, three blades, a display stand and significant heft to mimic the weight of the cross-bladed Star Wars lightsaber. Now all that’s needed is a sweet Kylo Ren cloak and helmet.

New for the Rise of Skywalker, D-O is a droid made of spare parts that befriends BB-8, and we already love it. This interactive replica from Hasbro has a movable head and antennas, a self-balancing wheel, LED eyes and sounds — and rather than a freestanding remote control, you use an app on your phone.

No respectable cantina is complete without a set of handsome Mandalorian drinking glasses from Zazzle. You can also order Mandalorian keychains, yoga mats, notebooks, stickers, T-shirts, posters, lunchboxes, tumblers — everything you need to be set for your Mandalorian watch party.

You might not have a lightsaber to hand down, but Le Creuset has a gift your family will love for generations. The Star Wars collection from Le Creuset includes a Han Solo Carbonite Roaster (for $450), a Darth Vader Dutch Oven (for $395) that would look great on your Death Star and mini cocotte single-serving stoneware with R2-D2, C-3PO and BB-8 designs for $30 each. And for the baker in the family, a $25 Porg bird pie is perfect for venting a pie. And just imagine how good these will all look next to your Death Star Waffle Maker.

For kid and adult fans, Garmin’s Star War watches let you track heart rate and steps while displaying your allegiance to the Dark or Light side. The kids vívofit Jr. 2 watch track a child’s steps, sleep and activities. For adults, the GPS-enabled Legacy Saga Series has Rey and Darth Vader versions to monitor your fitness activities and wellness.

This 5-foot-tall arcade machine will be the perfect addition to any gaming room. It comes with the original arcade versions of three classic games you love based on Star Wars: A New Hope, Star Wars: The Empire Strikes Back and Star Wars: Return of the Jedi.  A 17-inch color display set and dual speakers help recreate a bit of the atmosphere of a video arcade and allow you to destroy the Death Star in the comfort of your own home.