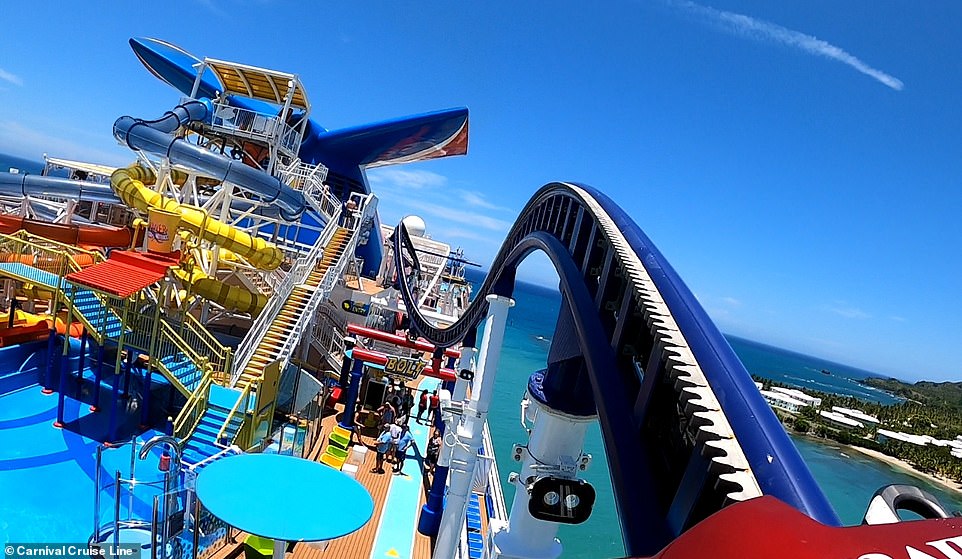 By Ailbhe Macmahon For Mailonline

The first roller coaster at sea is open for business – and amazing point-of-view video footage of the ride in action shows that it’s a spectacular experience.

The ride is called Bolt and it winds its way around the top of the £1billion Carnival ship the Mardis Gras.

Described as the ‘Ultimate Sea Coaster’, the clip sees the ride shooting around the ship’s ‘Ultimate Playground’ water slides and its funnel, with the azure blue water of the ocean to one side.

After years of anticipation, Bolt debuted on a trip to Puerto Rico, the Dominican Republic and the Bahamas on July 31, on a sailing from Port Canaveral, Florida.

Built by Munich-based Maurer Rides, the roller coaster track – which reportedly cost £5.7million ($8 million) to construct – is 187 feet (57m) above sea level and reaches speeds of nearly 40 miles per hour.

The all-electric roller coaster, which costs £10.80 ($15) for two laps, allows two riders to strap in to a motorcycle-like vehicle and race each other, experiencing nearly 800 feet (243 metres) of thrilling twists and plunges as it flies around the track. 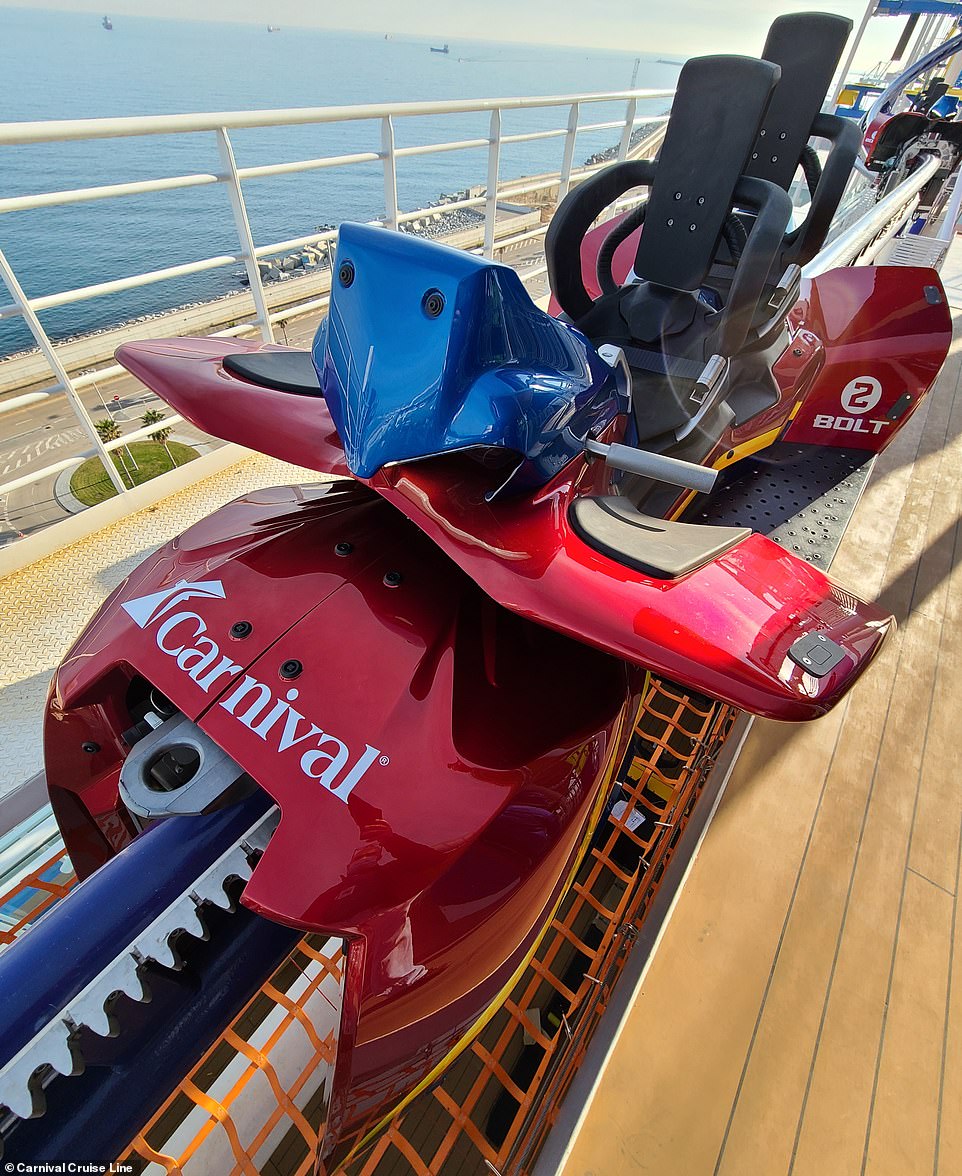 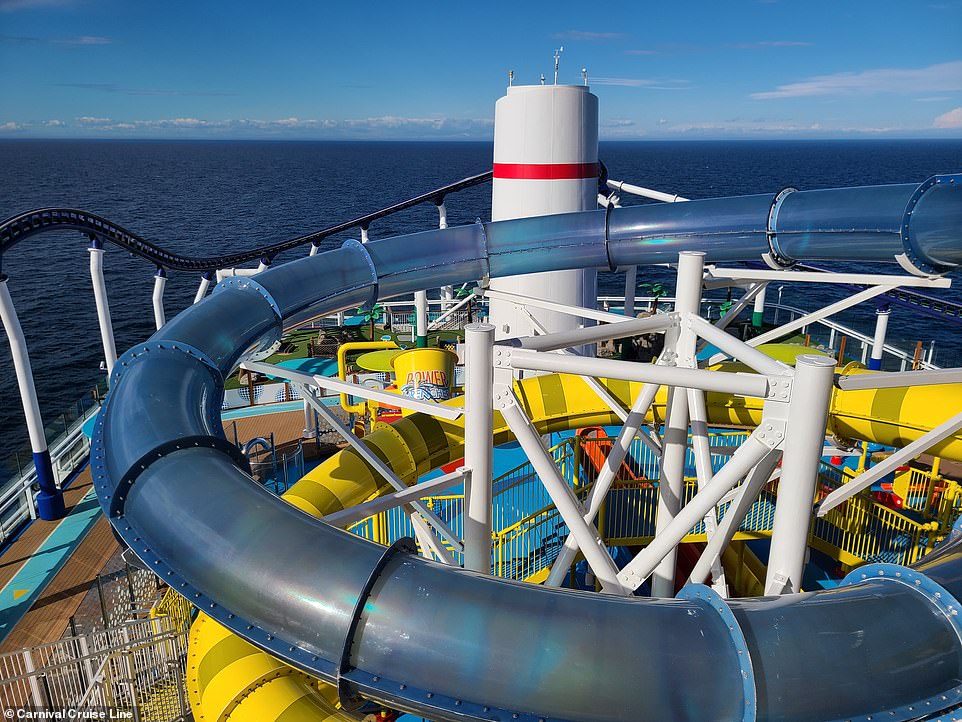 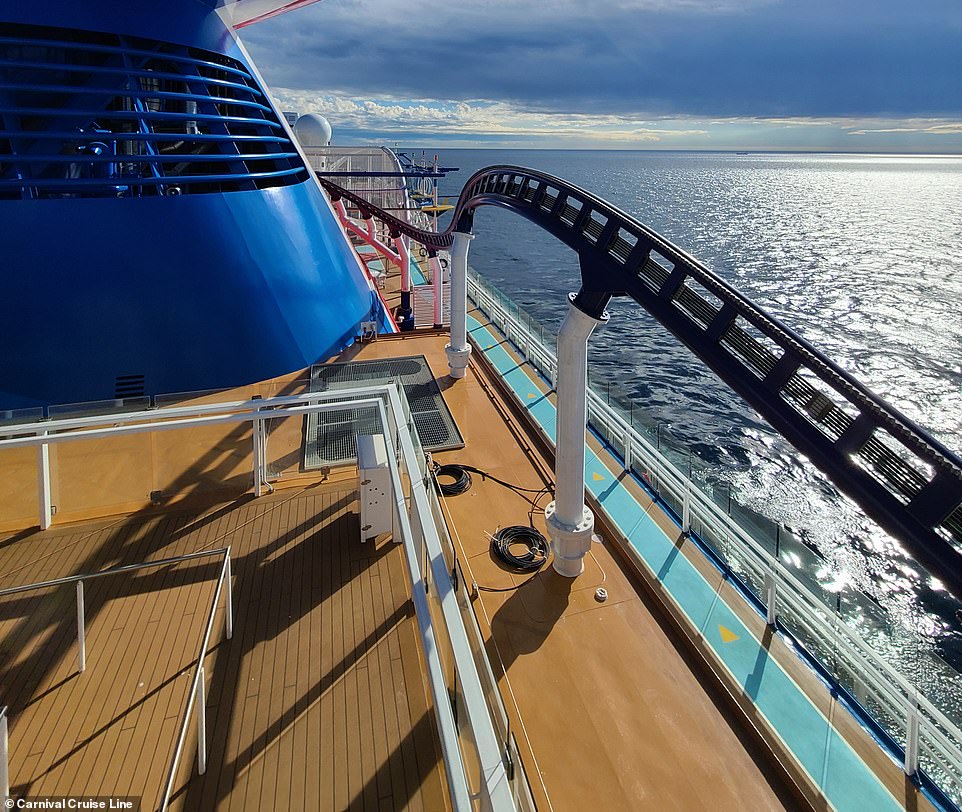 As their stomachs drop, guests can take in 360-degree views of the sky and sea around them, before the ride finishes with a high-powered hairpin turn around the ship’s funnel.

Riders’ speeds are posted after the race, and just like land-based roller coasters, guests have their photo taken during the ride for a memorable keepsake.

Guests can even choose their own speed using an in-car throttle, making it a tailor-made experience. 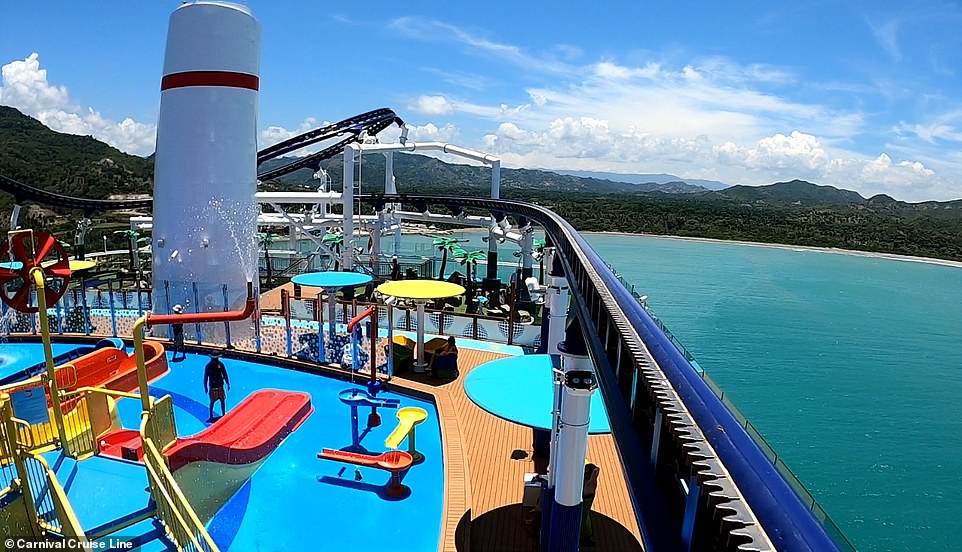 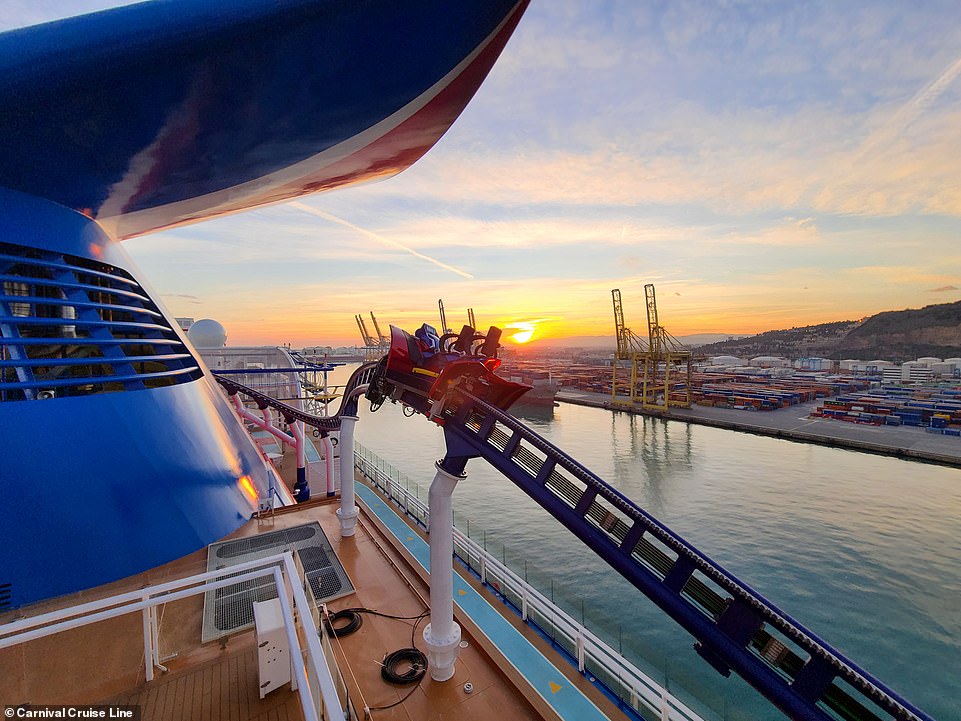 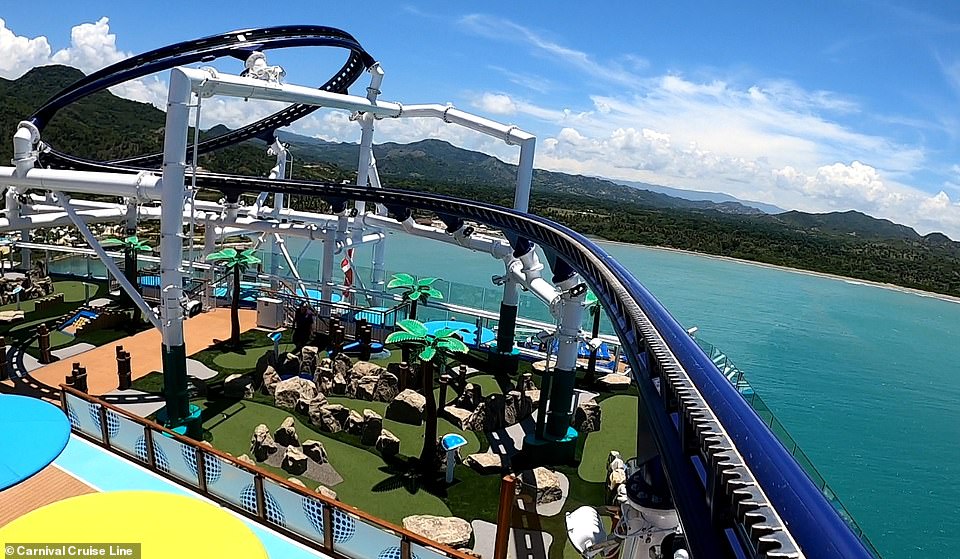 Bolt debuted on a trip to Puerto Rico, the Dominican Republic and the Bahamas on July 31

‘We are so thrilled to introduce this one-of-a-kind, game-changing, exhilarating attraction – our guests are going to love it!’

The cruise line took delivery of Mardis Gras from the Meyer Turku Shipyard in Turku, Finland, where she was constructed.

The ship was set to launch in 2020 but the occasion was pushed back into 2021 because of the pandemic. 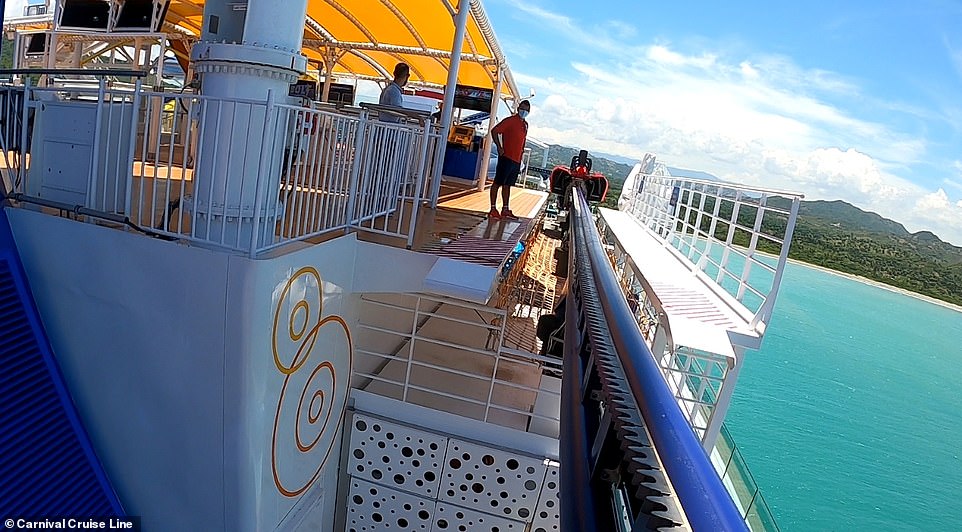 After the race, guests have their photos taken for a memorable keepsake 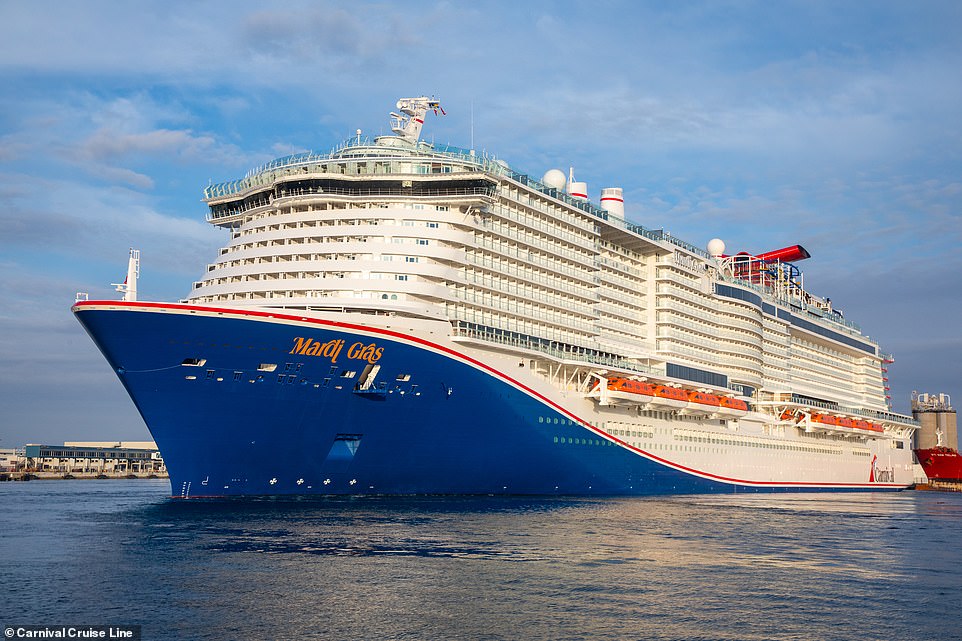