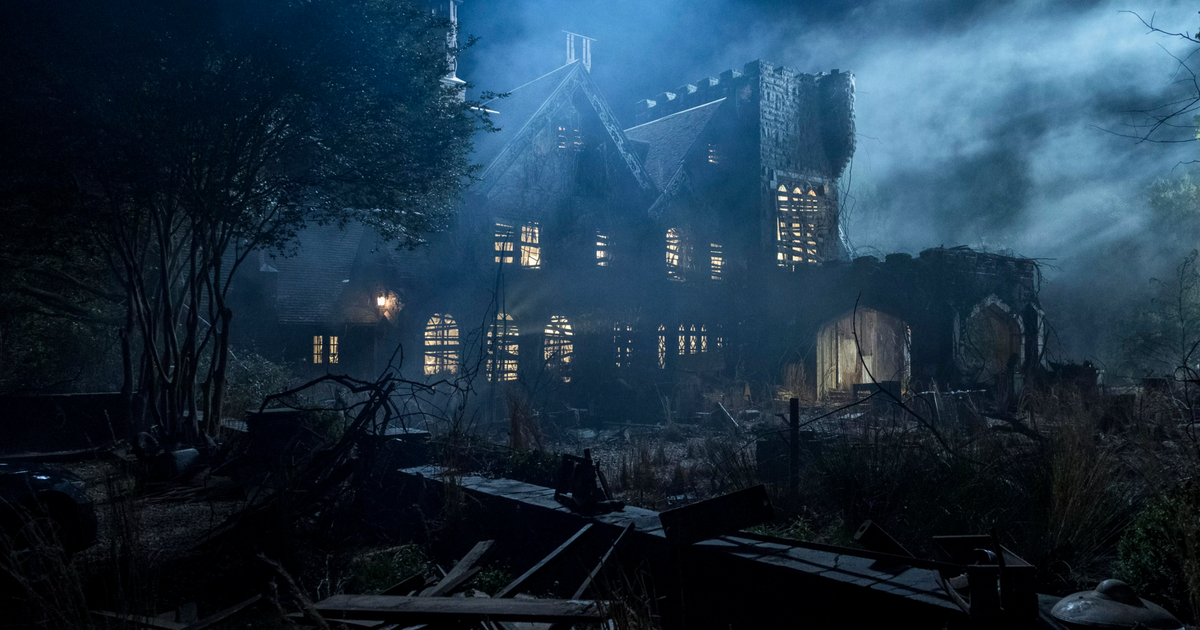 Years ago, when I was a mega-fan of The Walking Dead, I only had one rule: never watch right before bed. I’ve had trouble sleeping since I was a kid, and my nightmares are bad enough to outdo even the most gruesome TWD scenes. (In fact, I’ve been told that I should write them down and turn them into movies.) I assumed watching before bed would only exacerbate the problem.

But this July, I discovered a new zombie show that I couldn’t help but binge all night: Netflix’s Black Summer. Breaking my own old rule, I watched it right before going to sleep, and unintentionally discovered something strange: I slept better. The show made my heart race and filled my mind with scary, violent images — and yet, such images were conspicuously absent from my dreams.

Get the CNET Culture newsletter

Hopeful, I continued watching zombie shows and movies every night, marking my biggest foray into the genre yet. I watched Kingdom (so, so good), Army of the Dead (meh), I Am Legend, Alive and many more. And I didn’t have a single nightmare.

As a lifelong anxiety sufferer, I hold many calming tools close to my heart: CBD, weighted blankets and Zoloft alike. I just never expected to add zombies to the list. As it turns out, there is a scientific basis for this phenomenon, and I’m not the only one to experience it. Horror movies, from zombies to beyond, can help alleviate anxiety for many people. With anxiety rates through the roof because of COVID-19, a surprising number of people have turned to horror to cope — and it’s working.

Horror and anxiety: An unlikely duo

“You might expect that everyone with anxiety would avoid horror — after all, why would someone who feels anxious want to watch something that is created specifically to induce fear or anxiety?” says Coltan Scrivner, a Ph.D. candidate at the University of Chicago who studies horror and morbid curiosity. “However, my research finds that, on average, people with anxiety are more likely to be horror fans.”

To be sure, horror movies don’t feel very relaxing. The brain doesn’t always clearly distinguish between fantasy and reality, so when I watch a zombie movie, parts of my brain react as though it’s me being chased down by the shambling undead, as an August 2020 study in NeuroImage showed. That means that horror movies can trigger your nervous system’s fear response, also known as the “fight or flight” response, in some of the same ways that a real-life scary event can.

The fear response is the system that our ancestors’ bodies evolved to survive threats, like a bear attack. Your body is flooded with stress hormones, such as cortisol and adrenaline, and your heart rate, blood pressure and breathing all start to increase, allowing you to act quickly. When the threat is gone, the fear response is followed by the “rest and digest” response, which prompts your body to calm down and return to its baseline state.

But in people with anxiety or trauma, the fight-or-flight response has a bit of a glitch. Our brains react to normal, everyday occurrences as if they were a major threat to our lives. And because there is no real threat, just a general, vague sense of doom, we rarely get any sense of resolution or relief.

For some viewers who have anxiety or trauma, horror movies only make matters worse. But for others, horror can help provide relief from pent-up tension. They’re a way to practice feeling scared in a safe environment, refocus your brain away from real-life anxieties and enjoy the release that comes after the movie’s over.

When my nightmares are especially bad, I start to get nervous around bedtime because I never know what will happen to me in my sleep. Zombie movies, on the other hand, are a nightmare that I have the power to press pause on. That may be part of what makes them so enticing.

“Horror movies have a long history of providing a kind of reassurance,” says Margaret J. King, director of the Center for Cultural Studies and Analysis. “Viewers can immerse themselves in a harrowing narrative yet at the same time be perfectly safe, able to control the stimulus by turning it off or shifting attention to the surrounding space.”

Horror movies also teach you that, despite what it feels like sometimes, fear can’t kill you, as Lana Holmes, a clinical psychologist in Decatur, explains on the podcast Therapy for Black Girls. “When you expose yourself to something you’re afraid of, even a horror movie, over time, you realize — oh, I can survive this,” Holmes says.

Not only that, but there’s a joyful “comedown” effect after you’ve finished watching something scary, according to Scrivner. That feels great to someone like me, whose brain often seems to forget about that “rest and digest” bit after panicking.

An escape from real life

In real life, the triggers for anxiety often feel inescapable, and it’s easy to get caught up in an endless cycle of worry. Often for people with anxiety disorders, there may not always be a single clear trigger, making it impossible to “fix.”

But in horror, there’s a clearly defined threat with a definite end. The fairly predictable plots provide a reassuring roadmap, yet they’re absorbing enough to keep your attention glued to the screen (and away from your own thoughts).

“If someone is feeling anxious, they may find that horror helps them stop ruminating about other things in their life,” Scrivner says. “Horror forces the viewer to focus — the monster on the screen pulls us in and focuses our attention.”

And, importantly, what happens with the zombies on the screen has absolutely no consequences on your life. In most cases, Scrivner says, people are drawn to horror content that has nothing to do with their current real-life fears. “Horror that hits too close to home might be too repulsive or triggering,” he explains.

Headfirst into your worst fears

Sometimes, rather than a way to escape real-life worries, horror can be a way to dive headfirst into them — almost like a form of exposure therapy.

The same can be true on a larger scale. “Horror as a genre often speaks to the real world horrors of the time in which it is created,” says Scrivner. For example, he says, torture films like Saw and Hostel “became popular around the time the torture of Guantanamo Bay prisoners became public,” though it’s not clear if there’s a direct link.

This may also have something to do with the popularity of horror content with race themes among Black viewers, like Get Out and Lovecraft Country.

And it almost certainly has something to do with the sudden explosion in pandemic horror movies during the COVID-19 pandemic.

‘Quar-horror’ and the COVID-19 horror boom

During the COVID-19 pandemic, horror’s ability to soothe anxiety and stress was put to the ultimate test. In a December 2020 survey from the US Census Bureau, more than 42% of respondents reported symptoms of anxiety or depression, as compared to 11% the previous year. At the same time, 2020 was a “boom year” for horror even as other genres failed to perform as expected.

It seems that many people have been drawn to horror films as a way to cope — at the onset of the coronavirus pandemic in the US, the pandemic thriller Contagion became one of the most-watched movies on iTunes. Data from the digital movie app Movies Anywhere showed significant spikes of interest in “escapist movies such as horror and thrillers,” general manager Karin Gilford told Insider. In May 2020, horror sales on the app were up 194% from the previous May.

Did all that horror really help people cope? Yes, apparently. Scrivner was the lead author of a January 2021 study that found that horror fans were more psychologically resilient during the pandemic, with movies like Contagion serving as a sort of practice simulation for the real thing.

The pandemic has even left its own mark on the horror genre, giving birth to a new subgenre called “quar-horror.” As one quar-horror director, Nathan Crooker, told NPR, “horror can be a way to process our worst fears.”

In order for horror to be truly helpful for anxiety or stress, the content has to hit that sweet spot: scary enough to keep your attention and stimulate your fear response, but not so scary that you feel overwhelmed or retraumatized. That will vary based on your own individual threshold and background, and there are so many different monsters to choose from. Some of my own favorite horror movies and TV shows for anxiety are:

What’s new to stream for September 2021

Even if you don’t have anxiety, the COVID-19 pandemic is the sort of situation that can cause you to feel constantly on edge in a similar way. The threat of the coronavirus is very real, but largely out of your hands and with no clear end in sight, making it hard to ever feel truly at ease. Other stressors, like climate change or racism, can have the same effect.

Horror is one way to regain control of your emotions when so much of life feels out of your control. And at a time when the apocalypse is on many of our minds, it makes sense to find horror a bit soothing. Right now, real life is complicated and hard. In zombie movies, the threat is simple, and the solution is straightforward: aim for the head, and don’t get bit.

The information contained in this article is for educational and informational purposes only and is not intended as health or medical advice. Always consult a physician or other qualified health provider regarding any questions you may have about a medical condition or health objectives.