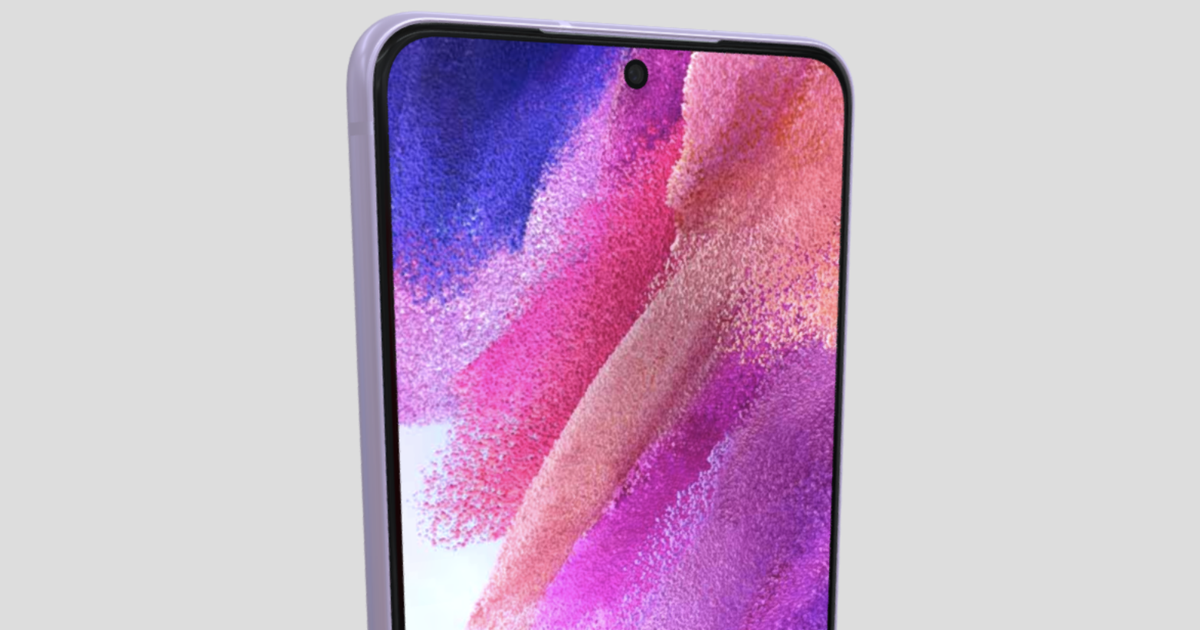 Samsung’s August Unpacked event debuted the expensive yet foldable Galaxy Z Fold 3 and Galaxy Z Flip 3, and next up could be the rumored Galaxy S21 FE. The Samsung Galaxy S20 FE made its debut last year in the fall, offering a balanced combination of handy features for a reasonable $699 starting price. We don’t have any official information about the new model of the affordable high-end phone, but the Galaxy S21 FE seems to be popping up in leaks like 3D renders shared on Twitter by tipster Evan Blass.

Although upgrades to other phones in the Galaxy S21 lineup are also on their way in the near future — here’s what we know about the Galaxy S22 so far — Drew Blackard, Samsung Electronics America’s vice president of product management, said in an interview with CNET that they’re not a threat to the Galaxy FE or Note.

There have been a few leaks and other tidbits floating around regarding the Galaxy S21 FE’s possible specs and availability, so let’s dive into what we know so far. We’ll keep updating this as the release date approaches and we learn more.

Samsung Unpacked August: What to expect

The Galaxy S21 FE’s specs list reportedly appeared on China’s TENAA Certification site (via MyFixGuide). According to the listing, the phone would have a 6.4-inch screen at a 2,340×1,080-pixel resolution, a 4,370-mAh battery, three cameras with a 32-megapixel main lens along with a 12-megapixel and 8-megapixel, a 12-megapixel front-facing camera, an in-display fingerprint sensor and support for 45W fast-charging. The phone would also include 8GB of RAM as well as 128GB and 256GB storage options.

More rumored specs were reportedly spotted on the Google Play Console, according to MyFixGuide, including 6GB of RAM and a Snapdragon 888 chip.

The phone could also include four free months of YouTube Premium, as SamMobile reports that Samsung France’s website briefly listed that perk as coming with the purchase of the Galaxy S21 FE, Galaxy S21, Galaxy S21 Plus or the Galaxy S21 Ultra.

Noted leaker Blass tweeted out various purported Samsung renders in July, which included a possible look at the Galaxy S21 FE. Blass later revealed what he said were 3D renders of the upcoming smartphone on Twitter in August.

According to the renders on his account, the phone could have a similar appearance to the Galaxy S21, including a punchout for the front-facing camera and three cameras on the back.

The similarity to the S21 makes sense: The Galaxy S20 FE kept much of the S20’s design language while making cuts to the screen resolution and cameras that likely helped bring down the price. And according to a leak reported by SamMobile, the S21 FE will reportedly come in at least five colors.

We may have gotten a sneak peek at the Galaxy S21 FE in a back-to-school promo image briefly posted to Samsung’s official Instagram account in August. The phone is shown in a backpack beside a laptop and a pair of Galaxy Buds Pro. It looks similar to the Galaxy S21 from behind, but is shown in a lilac color that isn’t currently one of the color options for the Galaxy S21. The post has since been deleted from Samsung’s account.

What will it cost?

However, the Galaxy S21’s starting price of $800 was notably lower than the Galaxy S20’s, and it seems unlikely that a Galaxy S21 FE would receive a similar $300 discount — as the Galaxy A series of phones occupies that sub-$500 price range.

While we don’t have any concrete information on price, a report from GizChina hypothesizes that the S21 FE line could launch with a starting price of $699, the same as the starting price at launch for the Galaxy S20 FE. That price would still put it about $100 lower than the Galaxy S21, positioning it as a higher-end value option.

When will it be announced and released?

Although the Galaxy S21 FE was not unveiled at the August foldables event, it’s possible that it will follow last year’s pattern of getting a stand-alone announcement. The Galaxy S20 FE had its own Unpacked event in September 2020; the phone’s reveal was touted as “a tribute to its Galaxy fans.”

However, that phone’s release was very close to the release of the Z Fold 2, which also took place in September. Perhaps this year’s big phones will get a similar amount of space.

For more, take a look at how the Galaxy S20 FE compares with other S20 phones. You can also check out CNET’s Galaxy S21 review and Galaxy S21 Ultra review.

We will keep updating this roundup as we hear more about the rumored Galaxy 21 FE. Do you currently have the Galaxy 20 FE and have thoughts about what should come next? Or have heard other rumors about the phone we should check out? Add them to the comments.