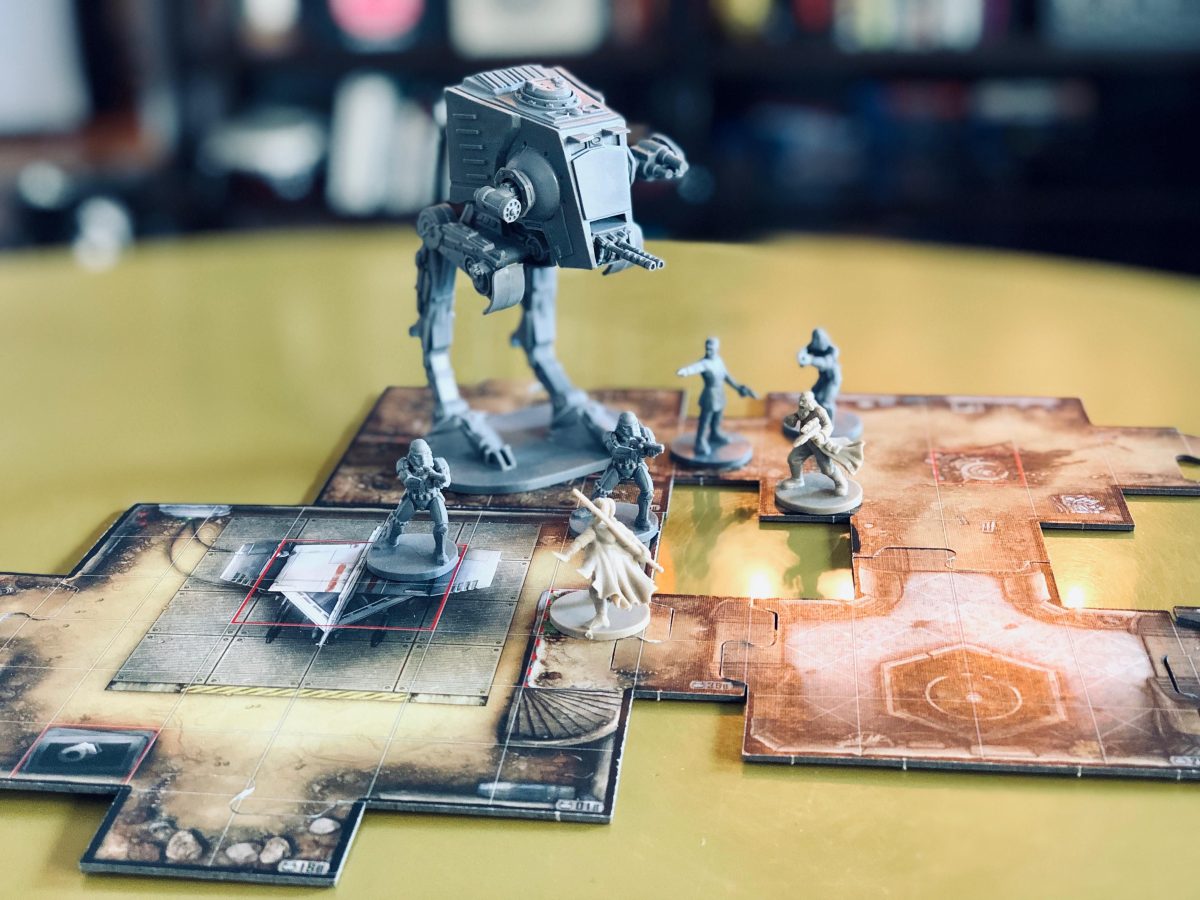 Board games have undergone somewhat of a creative renaissance over the past couple of years, and while some people might be inclined to blow the dust off classic games like chess, checkers, Clue or Monopoly, tabletop games have come a long way since the 20th century. Many games now involve intricate problem-solving skills, hand-eye coordination or complex strategy. Others leave room for additional card expansion packs opening up new variations of rules and play styles. But the best board games aren’t just fun for children, they also present an exciting challenge for serious gamers.

The themes are, not surprisingly, often focused on Dungeons & Dragons-style fantasy, sci-fi battles, zombie attacks and Lovecraftian supernatural high jinks. Some popular board games, such as the recent Lord of the Rings: Journeys in Middle-Earth, combine miniature figures, map tiles and a highly polished tablet app that handles some of the card and combat management for you.

So here are some of the best board games for 2020, any one of which can turn game night into an epic adventure with real competition to win. Feel ambitious and want to make your own extra accessories, game pieces or card holders with a 3D printer? We’ve got that covered, too.

Got your own suggestions? Let me know your board game picks in the comments or on Twitter.

The latest version of this zombie-filled game series takes the action of a far-off mining colony, where zombie-like aliens team up with big boss monsters straight out of Doom. One to six players fight back, usually by using their problem-solving skills to collect some McGuffins and make for the exit as swarms of xenos flood the map. This party game is great fun that’s easy to pick up and learn.

The cult classic comic gets a great game packed with comic-style art, great miniatures and lots of storytelling. The more-expensive collector’s edition ups the number of minis past 100, and includes a great idea I’d love to see more often: a random mission generator for endless mix-and-match scenarios.

There have been a handful of Minecraft card and board games before, but this new one — revealed at Minecon 2019 — feels like the most ambitious yet. You actually mine for resources with tiny wooden blocks, and combine building with fighting mobs.

It’s time to get the fellowship back together. This is a great game for joining up with four other players (or just as a solo player) to go tromping across Middle-Earth by moving cool-looking sculpted miniatures around map tiles. There’s a free, but mandatory, app available on iOS, Android and via Steam, which tells you how to lay out the map tiles and which monsters to fight. It also provides for a certain amount of randomization. It also provides for a certain amount of randomization to challenge even the most thought-through strategies and skills. Built from the ground up as an app-based board game, it makes it easy to get set up and learn the ropes.

Another giant-box game. This is one of my favorites because it includes tons of floor tiles you can use to create a haunted mansion, plus dozens of plastic miniatures for investigators and monsters. The vibe is definitely classic Lovecraft, and this board game actually requires you to use its companion app, which creates the layout, spawns monsters and even adds sound effects.

This Universal Monsters-inspired game is a fun mix of nostalgia and modern tabletop games, pitting players against all the classic Universal movie monsters of the 1940s and ’50s, from the Wolf Man to Dracula. Just don’t accidentally call Frankenstein’s Monster “Frankenstein,” or I’ll subtweet you.

The best Star Wars game I’ve played in years isn’t a video game — it’s this fun and challenging tabletop strategy game, where rebel heroes fight through various skirmishes with Imperial forces. There’s a fantastic companion app that not only teaches you how to play, but handles the storytelling and enemy placement, too, so you don’t have to guess. The miniatures are fantastic, and include a giant AT-S. Add-ons and expansions are on sale separately and can add dozens of new figures. Fun fact — this is actually a remixed version of a game called Descent: Journeys in the Dark, so check that out if you want a game that plays like Imperial Assault, but with a Dungeons & Dragons or Game of Thrones-style fantasy theme.

Get those “gonna need a bigger boat” jokes out of your system now. This clever new two-part strategy game is asymmetrical, which means one player is the overpowered super shark, and the other players are hapless humans, who need to combine their strategic thinking, skills and resources with the goal to survive and win. The best feature is the game board, which flips from the beaches of Amity Island in the first half, to Quint’s boat in the second half. (It gradually gets eaten by the shark.)

As a long-time Resident Evil fan, I had to snatch this up immediately. Like many big box board games, it started as a Kickstarter project, but is now available from Amazon and other retailers. Unlike arcade-y zombie games like Zombicide, the vibe here is much closer to the survival horror feel of the Resident Evil video games. If you have a 3D printer, there are a ton of accessories, including 3D walls, doors and typewriters, which you can download and print to replace the cardboard tokens that come with the game.

A stripped-down version of the Lovecraftian game subgenre. This is strictly a card-based game, so there are no map tiles or plastic game pieces. Even so, it has amazing narrative storytelling, which involves laying out location cards on the table to give each player a clear picture of what’s going on and where. If you like this, it’s a “living card game,” which means new packs of cards are released on a regular basis.