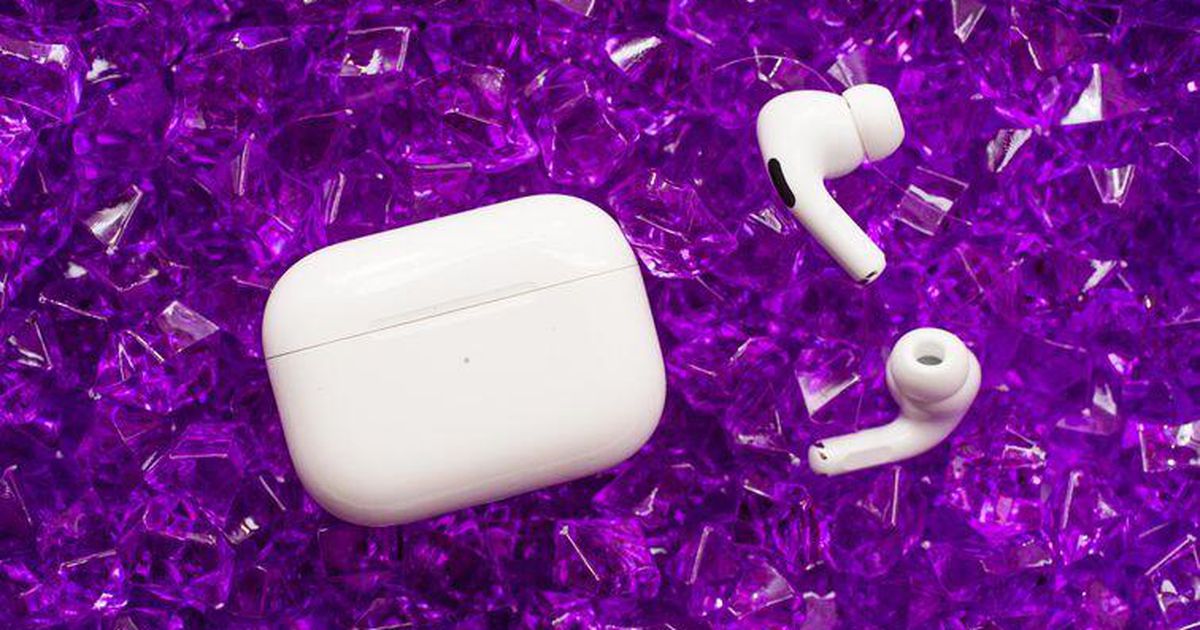 This story is part of Apple Event, our full coverage of the latest news from Apple headquarters.

There are plenty of things Apple could change about the AirPods Pro to improve them. Extend the battery life. Make the pairing process more seamless on Mac devices.

But please don’t get rid of the stems.

Get the CNET Now newsletter

Spice up your small talk with the latest tech news, products and reviews. Delivered on weekdays.

Apple may give its next-generation AirPods Pro a makeover that eliminates the protruding tips, which would make them more closely resemble Samsung’s Galaxy Buds or the Beats Studio Buds, according to reports from Bloomberg. These new wireless earbuds aren’t expected to show up at Apple’s upcoming Sept. 14 event, but Bloomberg reports they could launch in 2022.

Miniaturizing technology is usually a good thing, and something Apple does historically. Back in 2005, the super thin iPod Nano replaced the chunkier-by-comparison iPod Mini. And the bezel-free iPhone X wowed Apple fans when it debuted in 2017. However, contrary to this downsizing approach, I actually love the AirPods’ stems. Yes, they may have looked goofy back in 2016 before walking around with earpieces was part of the cultural norm. (Not to mention, the original AirPods have significantly longer stems than the AirPods Pro.)

But in more recent years, they’ve become a statement piece and a status symbol — not something to hide. The stems also offer some helpful benefits that make the AirPods Pro more comfortable and easier to use than rounder-shaped earbuds.

So please, Apple, don’t change the look and feel of AirPods too much.

AirPods have an unmistakable appearance, and that’s mostly because of their stems. If you see someone wearing a pair of glossy white earbuds with long tips, you know they’re wearing AirPods.

Although the stems on the AirPods Pro are noticeably shorter than those of the standard AirPods, they’re still long enough to visibly distinguish Apple’s wireless earbuds from the rest. I can’t think of another pair of wireless earbuds that’s immediately identifiable in the same way as AirPods.

That wouldn’t matter so much if AirPods hadn’t become such a status symbol. The pronounced stems on the original AirPods invited mockery at first, and even the AirPods Pro got their fair share of ridicule when they were announced in 2019.

But the public perception of AirPods shifted sometime during that time frame. AirPods soon became a signal of wealth and affluence, much like the iPhone. A viral tweet from late 2018 joked that AirPods owners are the richest people in the world, even more so than the CEO of Amazon and Microsoft cofounder Bill Gates.

During the lockdown era of 2020, AirPods were all over television as producers had to film remotely, as iMore pointed out. Part of the reason why AirPods gained this level of attention in the first place was because they were so recognizable. I wonder if removing the stems also means removing that unique distinction.

Yes, there are other wireless earbuds with long tips, such as the Anker Liberty Air 2 Pro. The difference, though, is that Apple pioneered the long-stemmed look, meaning that design is still generally associated with AirPods. Many of Apple’s competitors have already released stem-free wireless earbuds.

The next-generation AirPods 3, which may launch this year, are expected to maintain their tips. But it’s unclear whether that will remain true for future models. Reports from Bloomberg and analyst Ming-Chi Kuo indicate that the next version of the standard AirPods will look more like the current AirPods Pro. If accurate, it’s plausible to think that Apple’s design decisions for the AirPods Pro 2 could trickle down to future models of the standard AirPods.

I’ll say it again — I really like the AirPods’ stems, mostly because I find them practical. For one, they make it easier to insert and remove the earbuds since they provide more space to actually grip the earpiece. It doesn’t feel like I’m screwing a peg or pushing a button into my ear whenever I put in the AirPods or AirPods Pro.

More importantly, the AirPods Pros’ stems are a much better location for touch controls than the earpiece itself. On the AirPods Pro, you can press the sensor located on the earbud’s stem to play or pause music. A double press on the stem lets you skip forward, while a triple press skips backward.

That’s not the case for other wireless earbuds from Samsung, Sony, Bose and Amazon among others. These headphones have touch sensors or buttons located on the actual earbuds for controlling music playback or toggling active noise cancellation.

That means you have to tap or press the earbud to activate these controls via touch gestures, which can feel uncomfortable and create more pressure on your ear. I’m sure there are plenty of people who prefer this and would rather have earbuds that look more discreet (or sound better) than the AirPods or AirPods Pro. But I’m not one of those people.

Plus, I often trigger the touch controls found on these other earbuds by accident since I usually have to push them back into my ear during a workout.

Apple also already has a best-in-class design with the current AirPods Pro. I’ve tested earbuds from Samsung, Amazon, Sony, Beats and Anker over the years, and I still find Apple’s earbuds to provide the most comfortable and secure fit.

My colleague David Carnoy even pointed to the AirPods Pro’s winning design as one of the key reasons AirPods Pro rank among our favorite wireless earbuds, even if their sound isn’t as good as some rivals.

It’s unreasonable to expect that AirPods would look the same forever. That’s just not how technology progresses. If Apple does remove the stems from the next AirPods Pro, many will see it as an engineering feat since it would mean squeezing more technology into a tighter package. Much like how the removal of the headphone jack starting with the iPhone 7 seemed to lead to better cameras and other improvements in the years to follow.

Of course, we won’t know for sure until Apple announces the second-generation AirPods Pro, if and when that happens. But if they do get a new look, I just hope Apple finds a way to continue making them feel distinctly like AirPods.

Apple has a history of coming up with different input methods for new types of wireless devices, such as the Apple Watch’s digital crown. Maybe whatever Apple comes up with next will be even better, and I won’t miss the stems at all.